Learn about Minecraft Chemistry with professor Mark Lorch. Students will be able to use chemistry to create new Minecraft items like helium balloons and sparklers, view elements & learn to use the scientific method
​ 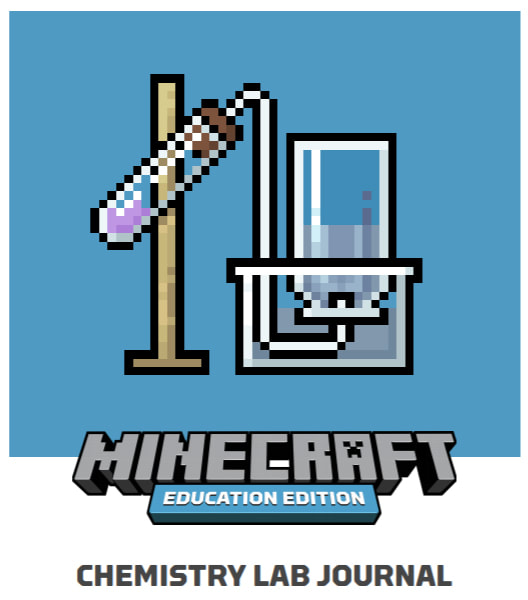 education.minecraft.net/lessons/molcraft
(open this world in Minecraft to learn about Chemistry in Minecraft)
​
Students at the University of Hull have populated a Minecraft world with structures of proteins, chemicals & some chemical history. Using this world students will learn to:
​
​Differentiate between atoms/elements and compounds/molecules.
Recognize that atoms in molecules are represented by different colors.
Recognize carbon, nitrogen, hydrogen, oxygen and sulfur in a molecular model.
Be aware of the large variety of both artificial and natural molecules.
Understand that proteins are very large molecules constructed from smaller molecules called amino acids. 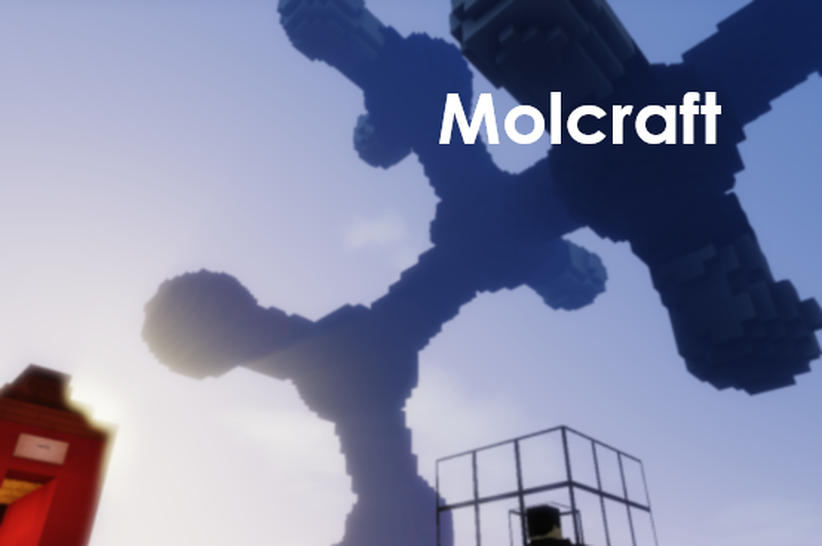 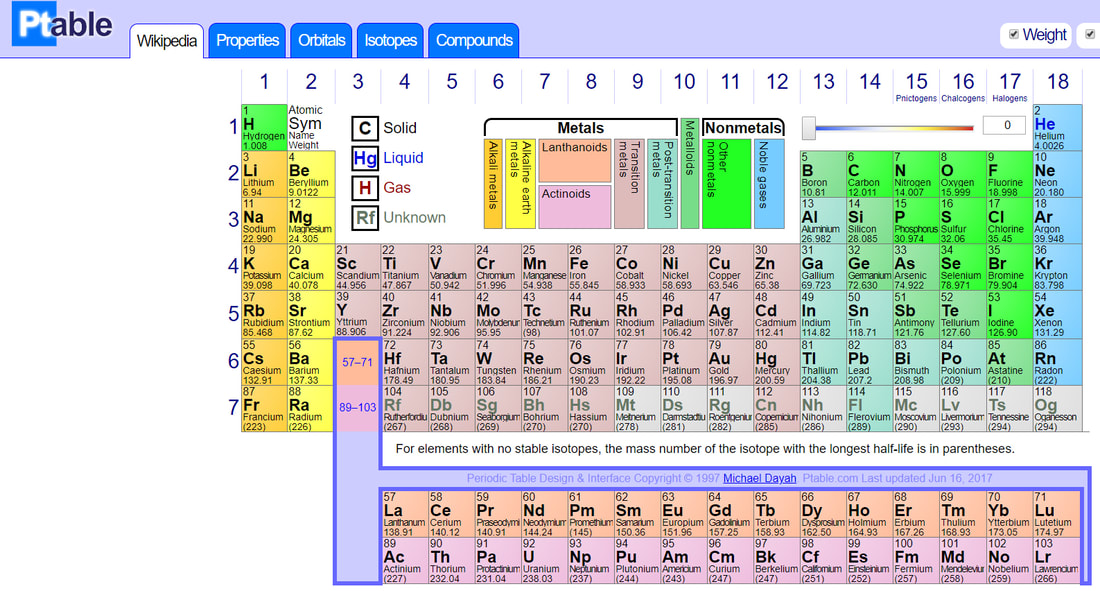 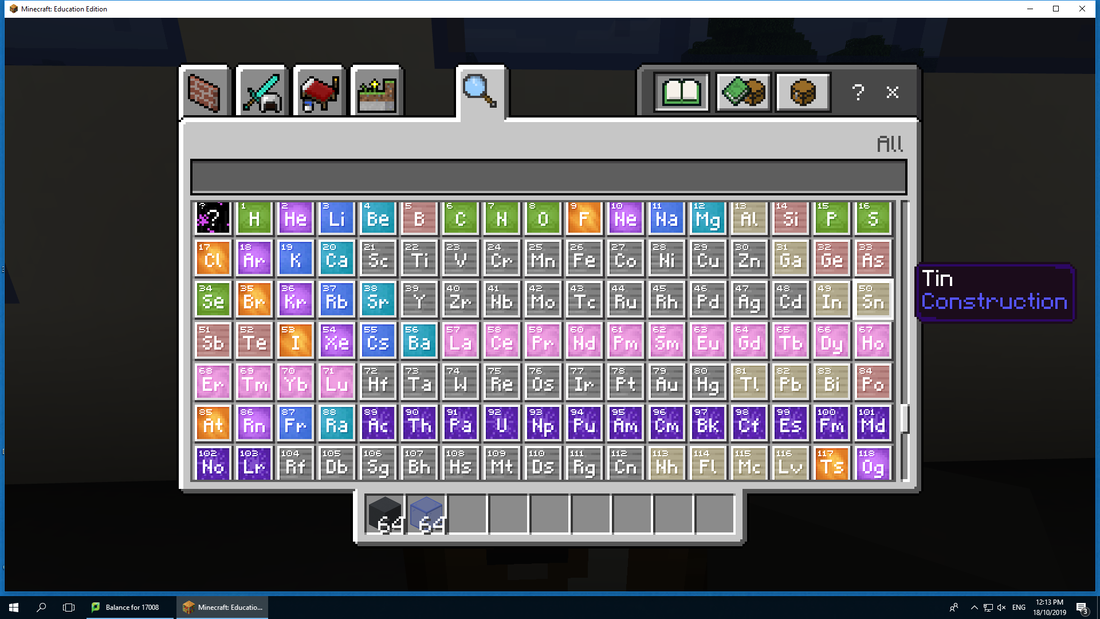 In science, Minecraft’s depictions of nature integrate well in science learning. Nguyen (2016) pointed out that students can “experiment with and simulate a range of socioeconomic and environmental conditions” while playing Minecraft (p. 471). This aligns well with the hands-on, immersive learning that is necessary for using video games effectively in education. To learn ecology, for example, students can generate different biomes, with topography, temperatures, humidity levels, or foliage which can all be depicted on the maps, and students can explore various types of rocks and minerals (Short, 2012). Moreover, organisms can differ within each biome, demonstrating principles of biodiversity. In one paper, a hands-on approach was implemented in a biology class where students created models of biological structures within Minecraft, such as animal cells after learning about the topic with more traditional materials (Pusey & Pusey, 2015). The classroom teacher controlled the game server from a remote location in addition to monitoring active gameplay. In this case, students had prior knowledge of the topic. The students used Minecraft to connect with the material in an engaging, meaningful, and constructive way that ultimately enhanced the understanding of the topics they had previously studied. A similar approach can be seen with chemistry. Conventional ways of teaching chemistry often involve printed periodic tables and textbooks that summarize the properties of various elements. One chemistry teacher, however, developed a system that illustrated the nature of different phases of matter through simulations. Another teacher created a three-dimensional periodic table of elements using signposts to inform students about the characteristics of different elements (Short, 2012). Instead of simply reading or listening to lectures about subject content, students can take an active role in learning by playing, exploring, and expanding their understanding in a game environment. The end result is that building and creating objects in Minecraft hold promise for learning by simulating biological, physical, and environmental phenomena in science. Theoretical and socioeconomic aspects of the real world are abstracted and represented by the virtual properties of Minecraft. As Short (2012) indicated, educational activity maps in lesson plans employing Minecraft demonstrations are only increasing; “Minecraft is a game-changer in the field of science education” (Short, 2012, p. 58).